Buy To Live or Buy To Rent? The Case for Property Investment

For most first-time buyers, the dream of getting the first step on the property ladder appears to be moving further out of reach.

While for generations buying a house has been the ambition of most young people starting out in life, it seems times are changing. Research by YouGov shows that just one in ten people surveyed think young people’s best option to get onto the housing ladder is saving up to buy.

Expensive and ever-rising rents are straining young people’s potential for saving. In addition to consistently low wages and very little chance of a raise, young professionals are struggling to live within their salaries.

As well as this, having a relatively low salary, with little opportunity for promotion, is restricting the chance of getting a mortgage from a lender. The only viable route to home ownership for many people in the younger generations is borrowing from family or parents.

The top three suggestions for the best way to get on the property ladder revolved around relying on ‘the bank of mum and dad’ or other family members to help out. Around 20% thought that borrowing money from family members was the best course of action. In total, almost 60% of people surveyed, thought that young people face relying on either inheritance or loans from family to buy any kind of property.

Around 12% of respondents said that buying a property with a partner or friend was the best way for young people. Around a tenth thought that a Shared Ownership scheme is the way to go. The least popular responses included marrying a rich person at 5% and buying an overseas property at just 1%.

Why Millennials Are Struggling

The younger generation, and in particular the Millennial generation, have been left out of the benefits of the housing boom during the last few decades. Owning a home has become less and less common for those under 30, and many from this generation see no way forward for their dreams of home ownership.

And, if the gap between wages and house prices continues to get bigger, it seems they could be right. Young renters may well feel that they are subsidising the money made by the Baby Boomer generation with their portfolios of Buy-to-Let properties.

While the older generation is stepping up to help their children reach their goals of owning a home, it could be that there is another way. Home ownership need not be beyond the reach of younger people, but they may need to change their mindset and accept that they won’t be living in the property they buy.

Investing As an Alternative

Property investment could be the key to young people getting themselves into property ownership. Traditionally, the UK has been focused on owning and living in a property, but opening up the idea of buying a property to rent out could help first-time buyers on their way.

Investing money into property that can then be used to provide an income is a viable option for young people to consider. Once the mindset has shifted, they will find that it’s no longer a pipe dream, and they could potentially invest without relying on family help.

Securing a mortgage for a Buy-to-Let property isn’t necessarily impossible for people aged 18 to 25, although some lenders won’t allow it. There are group investment schemes open to young investors, and with some research and sensible decision making, owning a home could be safely within their reach. 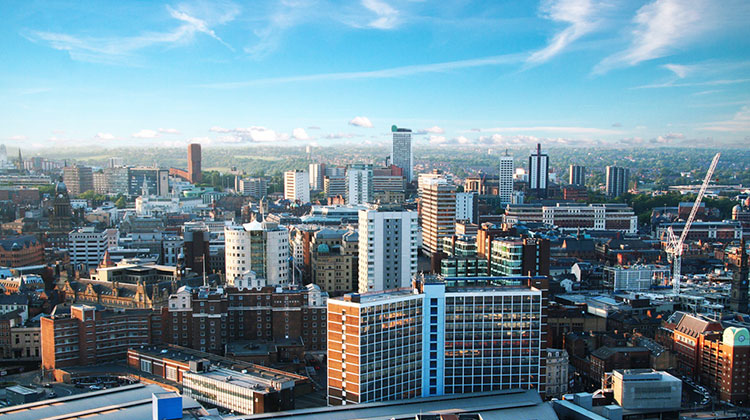 By targeting areas with high rental yields and relatively low asking prices, such as Liverpool and Leeds, first-time property investors can expect to move up the ladder. Once it has been proven that mortgage payments can be made for a sustained period of time, then the opportunities surrounding selling up and making a profit are higher.

Areas in the north of England are much cheaper on the whole than those in the South and South East. Choosing an area with a high student population can also increase the chances of maintaining a constant flow of tenants.

You can take a look at all of our student property investment opportunities here.