A Guide To Investing In Student Property in Bolton

The student property market is an area that has been attracting investors for some time now, but many tend to overlook parts of the UK that are not commonly known as university cities or towns. This is a mistake, as there are some excellent opportunities to be had away from the likes of Oxford, London, Durham, and Cambridge.

Bolton is one such town. Despite only having one university within its boundaries, Bolton is still a viable option for those looking to invest in student property.

An overview of Bolton’s economy As with so many towns across the North West of England, Bolton’s heritage lies in industry. The former mill town has been associated with the textiles industry ever since the 14th century when Flemish weavers first settled in the area. As the industrial revolution took shape, Bolton was handily placed to make the most of the booming manufacturing age and the cotton mills were the main source of employment for local people. The traditional industries that once fuelled Bolton’s economy have now largely been replaced by more service-based sectors. While this has been the case for much of the North of England, Bolton has seemingly done rather well from the transition. Regarded as the fifth largest employment base in the northwest, the town is experiencing growth year-on-year and is a major player in the Manchester City Region.

The town’s location has a lot to do with its growing prosperity and the area has been able to attract household names such as AXA, Hitachi, RBS, and the grocery giant, Warburtons, to invest in it. Good road and rail networks and easy access to Manchester Airport mean that investment in the town is far from over either. Analysts predict that Bolton will see further investment over the coming 10 to 15 years that could run into the hundreds of millions, creating in excess of 10,000 jobs across a number of sectors in the process. As mentioned above, Bolton is in a great location. Situated just 10 miles northwest of Manchester, Bolton is ideal for those who need to commute to the city for either work or education. The town is served by both local buses and the National Express coach network as well as being part of the West Coast Mainline Manchester loop. This provides commuters with an easy 35-minute train journey to Manchester Piccadilly station.

The local road network is decent, too. Both local and national routes are well catered for with the A666 providing routes north and south. The southern end of the A-road is also a spur road for the M60/M61 motorway network. Regeneration is often a good indicator of where a town or city is heading, and Bolton has been in the news of late for all the right reasons. Bolton town centre looks set for an overhaul, with the local council announcing that a £3 million regeneration project for the pedestrianized Newport Street is underway.

New paving, lighting, trees, and seating areas will transform the look of the walk-through, and shop frontages will also be spruced up in order to give the area a more consistent and uniform look. It is hoped that the work will give residents and visitors to Bolton town centre a ‘seamless, open route’ to the £48 million transport development that is taking place at the interchange from Victoria Square. The co-location of Bolton’s main bus and railway station is the centre of the £48 million transport interchange redevelopment that is taking shape in the town. Included in the plans is an impressive pedestrianized ‘skylink’ bridge, and the Newport Street overhaul is hoped to play a part in restyling the changing face of the town centre.

However, it doesn’t end there for Newport Street. A £6.5 million office development on the corner of Great Moor Street was also announced earlier this year. The 30,000 square ft. of Grade A office space is being built to complement its surroundings, and demand for the building is already said to be high. It is hoped that all work will be completed by the end of 2016. Bolton Council has also identified 11 areas of the town where urban regeneration needs to take place. They have put in place a Neighbourhood Renewal Strategy (NRS) that will run alongside the Council’s Community Strategy in order to create a better standard of living for residents in the nominated areas.

Working together with residents, it is hoped that the council will be able to bring the 11 areas up to the high standard that the rest of the town enjoys. This will prove to be beneficial to investors in Bolton in the long-term, as the overall regeneration project will help the town move forward towards an even brighter future than it is experiencing now. Alongside the aforementioned office space in the town centre, there are a few housing projects of note taking place in and around Bolton too. Catering for the young professionals that are being attracted to the town by the ever-larger companies who are setting up shop there, these housing developments are sure to help existing property prices to rise.

Bolton Council’s core strategy for housing aims to distribute the amount of new homes built across the town by 2026. The percentages of new build properties per region are as follows: The council has promised to operate a policy that concentrates on delivering quality property in locations where it is most needed. The Regional Spatial Strategy reported that there should be a minimum of 578 new homes built in Bolton each year up to 2021, with the recommendation that this figure continues on through to 2026.

The report also requests that a minimum of 80 per cent of all new build dwelling be constructed on Brownfield sites, which will make use of the towns many industrial areas that are now redundant.

Why invest in Bolton? As we have already touched upon, Bolton is an area that is currently being invested in by big businesses and the local council. Economic regeneration is fully underway across the whole of the Greater Manchester region and Bolton is seen as one of the guiding lights.

Both the public and private sectors have invested in excess of £1 billion over recent years and the trend looks set to continue for the foreseeable future. It is worth remembering that much of this growth and investment has taken place against the backdrop of the recession and decreased spending thanks to the austerity measures that have been put in place countrywide. 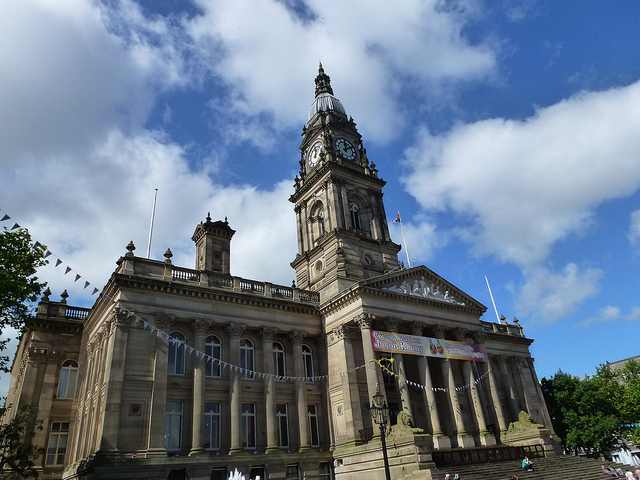 The investment that has been made is starting to have a dramatic effect on the property market in Bolton. Yields are beginning to increase as the town flourishes and even the overspill from Manchester’s poor property supply is providing beneficial consequences for those who have property with a BL postcode.

Those looking for capital gains will also welcome the fact that Bolton has some of fastest rising house prices across England and Wales. Prices in Bolton are now 3.1% higher than they were a year ago and the town outperformed Manchester, which only saw a 2.5% increase, across the same period. Getting in at the bottom of the market is naturally the most desirable point at which to enter, but that does come with an element of risk. Bolton, however, has already started to show some fantastic signs of growth in recent times so investors would be wise to give this northwest town far more than just a cursory glance.

As you are looking to invest in student property it stands to reason that you would want to know as much as possible about the further education that is on offer in Bolton. This town, however, differs from most, as it not only has its own university for which your property may be rented, but also the universities of the city of Manchester as well. Property supply in Manchester is scarce and largely unaffordable for many struggling students and Bolton provides an attractive solution. That being said, Bolton’s only university does still have a number of students that will be looking for accommodation too, so you are presented with a number of options.

Property around the University of Bolton is in high demand from students looking for places to stay for the duration of their studies. The areas around Farnworth and Moses Gate railway stations are particularly attractive to students who need to travel into Manchester city centre.

The University of Bolton Bolton’s only university is relatively new. It gained university status in 2004 and changed its name from the Bolton Institute of Higher Education to the University of Bolton after much deliberation over what should be its new moniker.

The primary campus is situated on a site that sits between Derby Street and Deane Road and the university currently has just over 9,000 students enrolling each year.

The university has been undergoing renovation and it recently unveiled a new University Technical College and a facility for Science and Engineering after winning a £10 million seal of approval for the new building from the government. Further expansion and renovation across the current campus is expected to continue through to 2017. Much of the university’s student population comes from the local area, but there is also a good head of students who enroll from outside of the UK too – the vast majority of which always require decent accommodation for the duration of their studies.

Bolton offers a number of bars and clubs locally, but it is the close proximity to the nightlife offered by Manchester that is likely to widen the eye of the student. The big city is only 30 minutes away and the wealth of entertainment on offer there far surpasses that of Bolton itself. For those who like to shop, the same applies. Manchester has a fantastic array of shopping options and the restaurant scene will keep even the most enthusiastic foodie happy too.

Sporting facilities are decent in Bolton with a number of gyms, leisure centres, and sports fields available to those who prefer to keep active.

Bolton is a town on the up, and it’s proximity to one of the UK’s largest cities, Manchester, is a huge benefit to those who wish to invest here. With house prices in Bolton having risen by more than 3% compared to last year, and money being spent in the northwest town, the future looks rosy for those looking to be a part of Bolton’s future.