Will Expats Sell Up And Come Home After Brexit?

Brexit has been a topic of discussion for some time now, and recent talk has worried expats. The question on many lips is, what are British expats planning on doing? Will they sell up their European homes and move back to England?

According to United Nations there are just over 4.5 million British citizens currently living outside of Britain; 1.3 million of these Brits abroad reside in European countries. This is a vast number of people, and the decisions they are likely to make following Brexit will affect not only them, but the entire country and beyond.

The Citizen’s Rights Agreement was agreed between the UK and EU27 in December 2017 and ensures that Brits and EU Nationals reserve their residency rights. Following on, in March 2018 it was agreed that the effects of Brexit would be postponed until the end of 2021 (unless a deal is not agreed). If British expats living abroad wish to ensure their right to stay in the country that they are currently resident in, it is strongly advisable to make arrangements before March 2019 as the 2021 extended deadline is not guaranteed. After Brexit, British citizens will no longer have freedom of movement within the EU and the application process for living, or working, abroad is likely to be far more complicated.

Why expats might return to the UK after Brexit

Expats may decide to return to the UK for a variety of reasons; many of which are financial.

Although no one knows exactly how Brexit is going to affect the UK, there has been talk that travel might be more difficult. It is also expected that people living in other countries may not get the medical advantages citizens living in the UK get currently.

If travel is going to become challenging, then coming home occasionally might be slightly more difficult. In some instances, some European regional air routes may not be economical. Therefore, this could be a reason for British expats to move back to England. Travelling won’t become impossible but whilst Brexit is on the horizon, people might feel more secure to be in England whilst changes are being made. 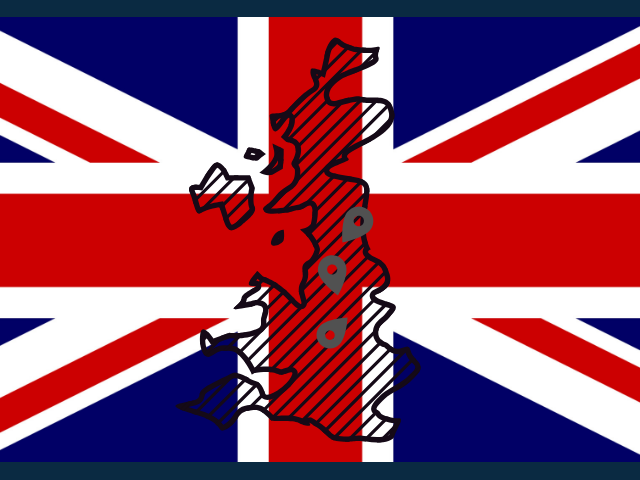 Especially in Spain and Portugal, expats are contemplating selling their properties and moving back. Why is this? Well, their family is all at home and the fear of not being able to see them easily might cause a fright. There is the dilemma for having friends in another country, but their family waiting for them at home. There are also long-term benefits for moving back home, as Brexit may result in the country benefiting financially. There is talk that the UK property market may have a sudden growth and improve the UK economy.

Another worry which might explain why expats are thinking of moving back to England is the recent suggestions about scrapping state pensions for those who live abroad; this might turn into a new law making it illegal for expats to receive a state pension. Whilst many people move abroad once they are retired, a state pension is a huge important factor to enable people to live. Therefore, this might just be a scare for expats, but the risk might just bring a lot of people back to England.

With all of the current uncertainty surrounding Brexit, many may find investing in property within the UK to be a more straightforward prospect than abroad.

Why British expats might choose not to return to England

On the other hand, there are British expats who are staying firmly in their new-found country and home. There are many reasons, whilst Brexit is going ahead, people are not giving in and deciding to stay away from England.

If British expats were to move back to England, the possibility of them returning to their home abroad might be slightly difficult. Whilst moving homes is stressful, moving to a new home in a new country is an entirely different prospect. There is current uncertainty as there has been a “withdrawal agreement for expats rights”. This means there are no guarantees that it will be a smooth transition from inside to outside the EU.

People who do not agree with the idea to leave the European union may also be more likely to stay in the country they have moved to. With fear that leaving the union may cause revolt between other countries who decided to stay it might be easier for people to stay put. However, it is likely there are other factors why people may stay abroad.

In general, people move abroad when they have retired to escape from their busy lives and relax. The weather is also a massive reason why, despite Brexit, people will choose to stay in the sunny relaxed climate elsewhere. There are pros and cons, and Brexit is a huge consideration which is making people think twice whether they want to remain abroad or move back home.

There is another issue which contributes whether expats will sell up and come home after Brexit, that is the currency movements. At the moment it stands as €1.138 to the pound, this is fall of just over 20% just prior to the subject of Brexit, therefore it has gone down, thus affecting any sterling payments received by expats. This is another huge consideration when predicting whether expats will sell up and move back to England. This is due to the fact that it might be worthwhile for expats to sell their properties and move back to the UK, depending on what will happen to the UK’s economy.

All in all, there are considerations for expats to ponder. Deciding whether to continue to live abroad in a different country or to move back home is currently on a lot of people’s minds. Will the property market in the UK decline or take a different turn? Will the currency keep fluctuating and will Brexit improve the UK’s economy? There are many factors that are going to be affected when the Brexit movement takes full force therefore the subject of expats will be greatly talked about. Whilst holiday homes are becoming more popular as well as renting out properties abroad as an investment, living abroad is another matter.

There are many different factors which may keep expats in their home abroad, however whilst having family back home the decision whether to stay or move is the main focus as Brexit is beginning to start. There is currently no guarantee what will happen plus here is uncertainty whether rights in the UK to EU expats will continue and also what rights the EU will give to those who remain . With the fear of pension laws changing, access to UK bank accounts and flights being affected by Brexit there are many factors that are going to change which may result in people moving back to the UK or staying in their home abroad.

There is still no definitive answer to the question of expats of leaving their new home abroad and selling up to move home: Will it be for the better or for the worse? No one knows what Brexit exactly will entail, and what changes are going to be made in terms of the property market in the UK and abroad. For expert advice regarding property investment in the UK or abroad, get in touch with Aspen Woolf, property investment specialists based in London, offering property investment opportunities across the globe.