Top Regional Growth In The UK

YOUR CHANCE TO INVEST IN A LANDMARK DEVELOPMENT

Through our established connections, we have managed to secure a truly rare opportunity to offer just 14 completed apartments in a development situated on the banks of the River Mersey, right in Liverpool city centre. We believe these apartments are incredibly low priced – at around 10% below market value.

Built in 2008/2009, Alexandra Tower was the first residential building to form part of the multi-million pound Liverpool Waters regeneration program. This striking icon on Liverpool’s waterfront is walking distance from all the amenities in the city centre and the beautiful Albert Dock. Alexandra Tower is home to 201 apartments across 27 storeys. Floor to ceiling windows offer spectacular views of the River Mersey and the building also offers secure indoor parking and an entry-phone access system.

We believe this to be one of the best capital growth opportunities in Liverpool city centre right now, and the North West region is quoted by experts Savills to be the highest growth region in the UK, forecast to see increases of 24% over 5 years.

Liverpool is one of the UK’s fastest growing cities, with access to six million customers and an economy worth more than £149 billion. The local economy is also growing by an impressive 15% year-on-year due to an influx of new businesses and a thriving tourism economy.

The North of England is currently growing at a far faster rate than London, offers far lower property prices and consistent increases in capital growth. As a result more investors are Liverpool and the North West instead.

Alexandra Tower provides the perfect location from which to immerse yourself in everything the world class city on your doorstep has to offer. The bars, restaurants and vibrant nightlife of Liverpool is only a short walk away.

Facilities include a 24 HR concierge service who are happy to help with any requests you may have. A parcel holding service is also on available and secure parking is available on site. 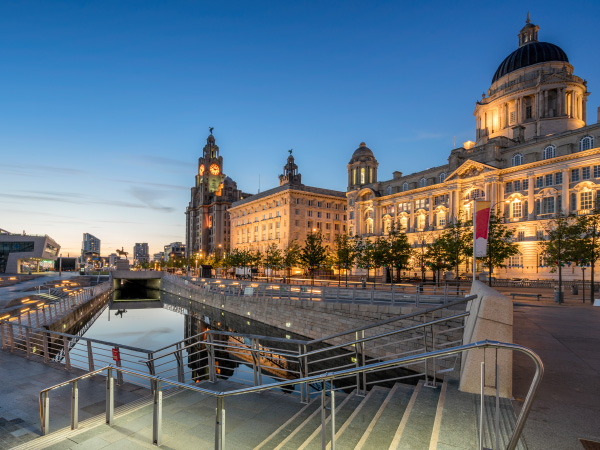 The bustling, thriving metropolis has come a long way from its industrial heritage and status as a key port city. The port, as well as being the place of registry of RMS Titanic as well as the liners RMS Lusitania, Queen Mary, and Olympic, has also contributed a great deal to the local economy and cosmopolitan mix of people in the city. This has led to a city that has creativity built into its DNA.

A major new masterplan has been approved to transform Liverpool into a world class business location, with millions of square feet of new office space, the rise of new high-spec flats and the £5bn Liverpool Waters regeneration scheme. Liverpool is here to stay as a top investment location, and is primed to reap the rewards of 24% predicted regional capital growth increases.